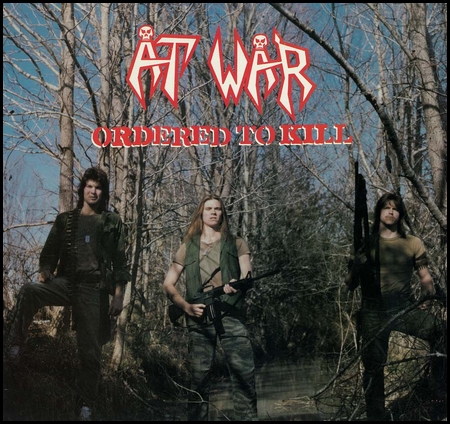 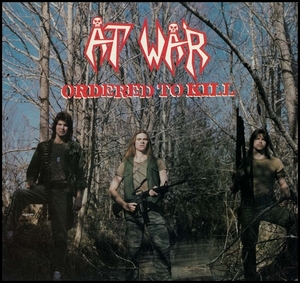 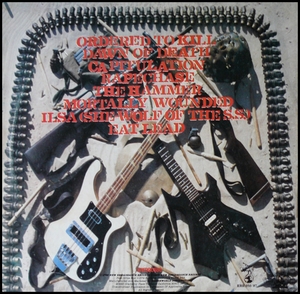 "Ordered To Kill" has been remastered from the original recordings with the original artwork and is availible from our Shop. This is the ONLY official version of this album on cd available and by far is the best sounding. If it doesn't have the Warmetal Records logo on it, It is NOT official! 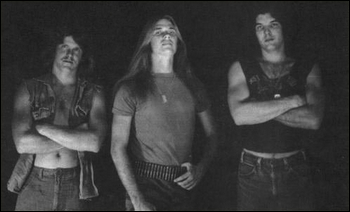 New Renaissance Records and Rock Brigade Records would release "Ordered To Kill" on vinyl in various colors. The total number of vinyl printed is unknown. 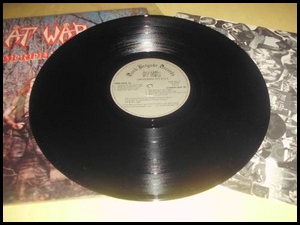 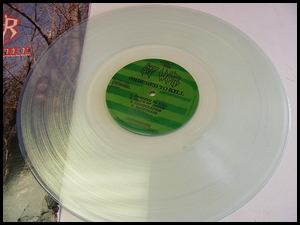 New Renaissance Records also released "Ordered To Kill" on cassette with a different cover than the lp. The cover of the cassette is actually the image on the rear of the lp. The cassette would feature "Fuckadafi" as a bonus track, but it's misspelled as "Fuckaddaffi" on the actual tape, side 2. The total number of cassettes printed is unknown, but the catalog number is NRC10. 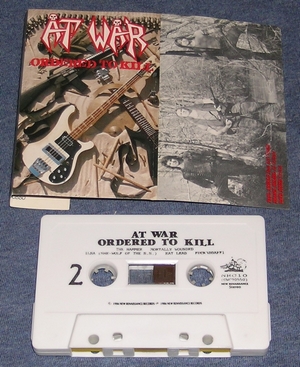 After years of being out of print, New Renaissance Records finally re-released "Ordered To Kill" on cd in 1998.
Before the re-release arrived on the scene, countless bootlegs of "Ordered To Kill" made it's rounds in the underground. Some bootleg versions feature the rare 7" track "Fuckadafi" as a bonus track.

"Fuckadafi" was released as a bonus track only on the European and Brazilian vinyl versions of the "Ordered To Kill" lp and cassette.

Interesting Links About The Album: